Bristol Liberal Democrats were shocked and dismayed when Bristol Labour councillors jumped into bed with the Tories to effectively block a radical plan to help solve the city’s transport woes.

The proposal for a Workplace Parking Levy, put forward at Tuesday’s Full Council by the Green Party, was unanimously supported by the Bristol Liberal Democrat group of Councillors.

However, in a cynical move by Labour, and with the support of the local Tories, they amended the motion to effectively render it meaningless. 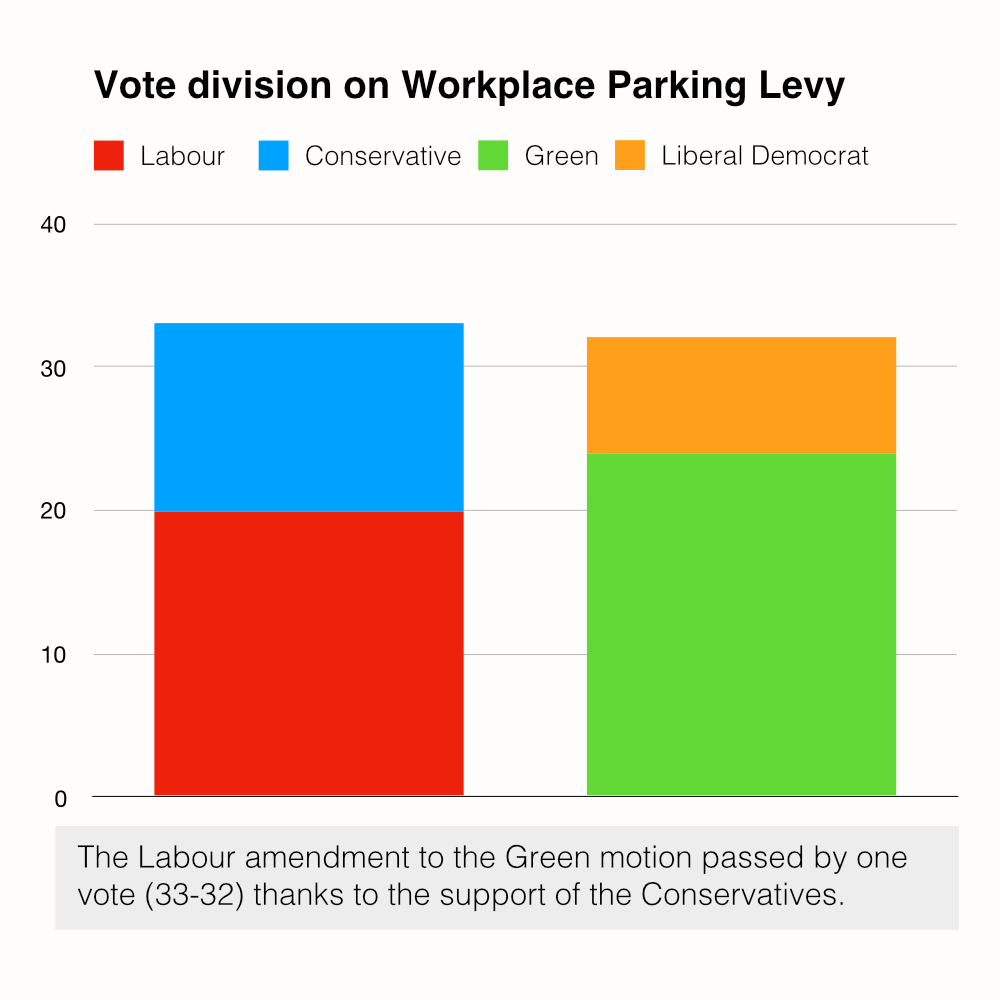 "The city of Nottingham is likely to become the UK’s first carbon-neutral city by 2028, two years before Bristol’s own target of 2030. Nottingham has achieved this largely by introducing a Workplace Parking Levy with the money raised ring-fenced for improvements to public transport. This popular scheme, which is currently the only one in existence in the UK, was introduced in 2012 and has so far raised over £60 million pounds to put towards a new tram system and improvements to bus services. Because congestion has subsequently decreased, Nottingham is now seen as an attractive place to do business and companies are actively choosing to locate in the city."

"Never did I think I would see bedfellows of Cllr Don Alexander and Cllr Geoff Gollop. Cllr Gollop says the Lib Dems are jumping on the bandwagon, is it not in fact the Conservatives that are jumping on the Labour bandwagon forming an unholy alliance across our chamber in favour of protecting big business? It is clear that there are only two parties in Bristol that offer truly progressive and environmental politics."

"Labour's amendment doesn't just kick the idea into the long grass, it checks it into a long-haul flight with no return ticket! Last year, there was lots of talk of building back better, and grabbing the opportunities to change working and travel patterns that COVID let us see were possible. This year, it seems, the administration is wedded to business as usual."