Why we need to Take Control of Bristol's Buses 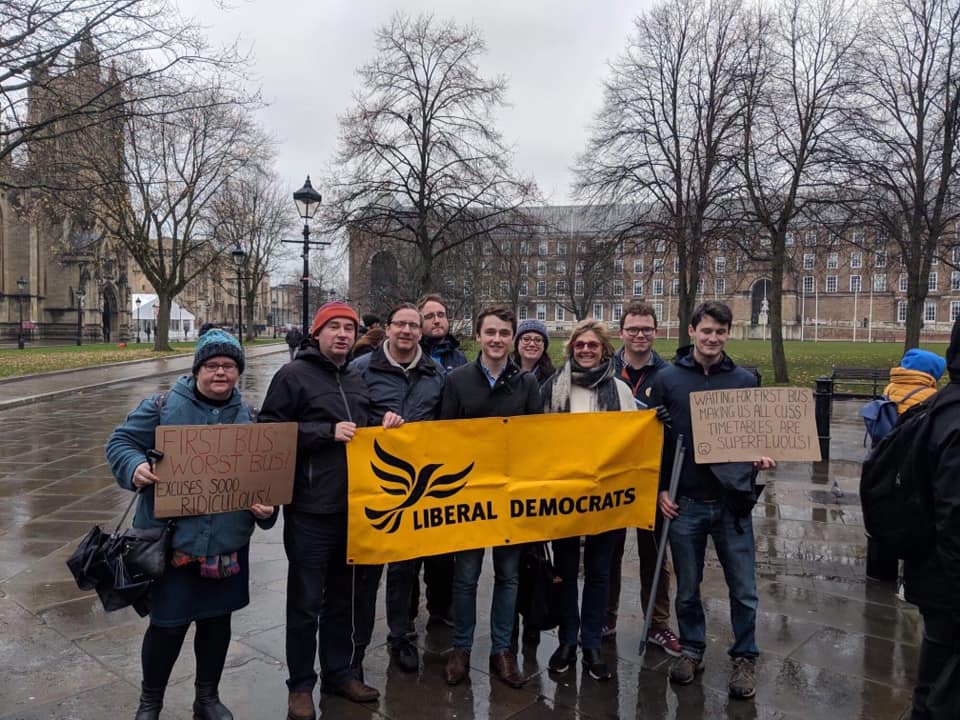 If you’ve taken the bus in Bristol you know you’re rolling the dice. It has become luck of the draw when your bus will turn up, if it turns up at all and if it’ll take you near where you want to go. If you live on an unpopular route you risk your vital service being limited or even cancelled completely by the bus companies as its not profitable enough.

Liberal Democrats demand better. We believe that buses should be accountable to their passengers, not shareholders and union bosses. Buses in Bristol should be reliable, clean and available to everyone. They’re not, but they could be.

Last weekend I joined other Bristolians who are sick and tired of the buses in Bristol letting them and their families down. The frustration is palpable, but we need to ensure we are directing it at the right place. As former Bristol West MP Stephen Williams pointed out, the power to make these changes lies with the Conservative's West of England Metro Mayor, the invisible man, Mr Tim Bowles. He has the power to change people's lives for the better, but refuses to act.

The Bristol Liberal Democrats are backing a local campaign to take control of Bristol’s buses. The campaign wants to take power out of the hands of the bus companies and give it to our local authority. They would then have the powers to decide bus routes, timetables and introduce quality controls to tackle the dangerous levels of pollution in our area.

Our public transport should run in interest of the public. Back our campaign to make buses better for Bristol.