THOUSANDS OF BRISTOLIANS were shocked and disappointed by the result of the EU referendum - especially when most of Bristol voted overwhelmingly against Brexit.

It has become completely clear that the Leave campaign had no plan for exiting the EU, plunging the country into political and financial chaos, while the result has stoked up paranoia and xenophobia.

The Liberal Democrats have pledged to fight the next election on a promise to rejoin the EU as quickly as possible. 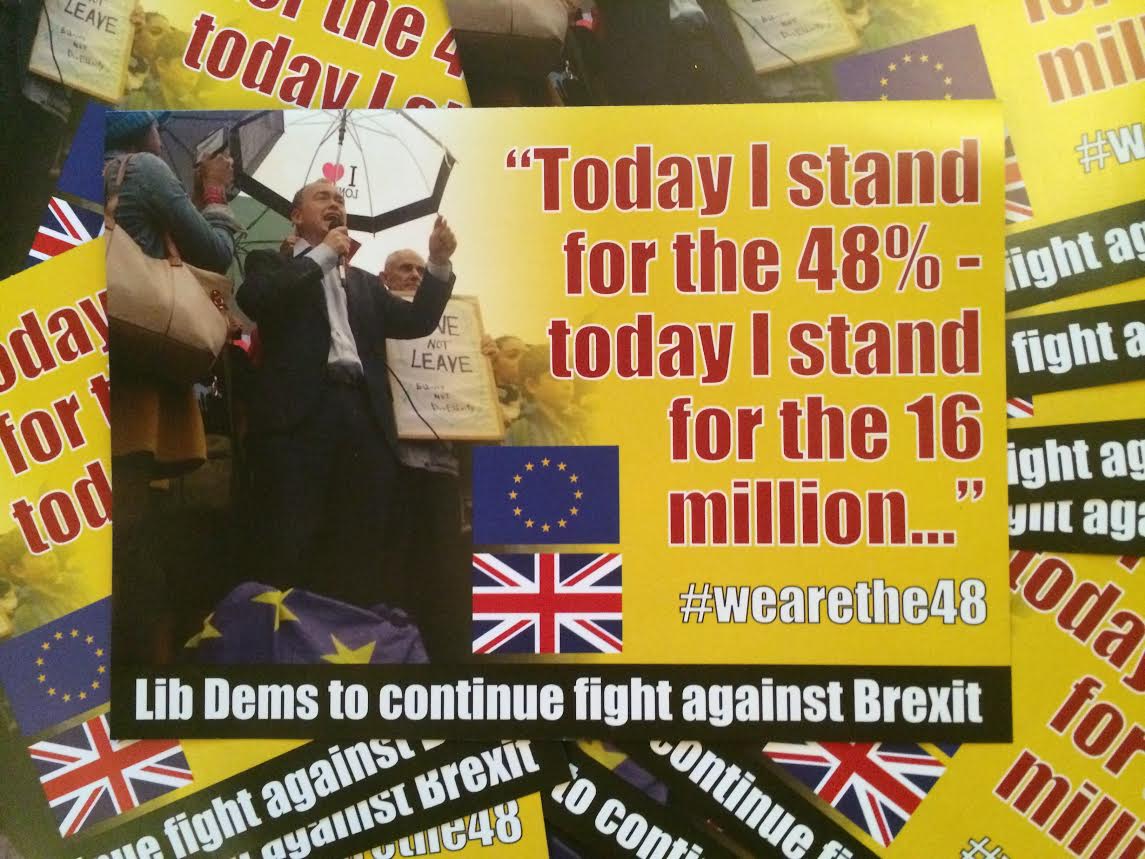 Lib Dem leader, Tim Farron MP, said, “Like many people, I am devastated and I am angry. The European referendum has left us a deeply divided country.”

“That’s why our fight for an open, optimistic, hopeful, diverse and tolerant Britain is needed now more than ever. I need your support to carry on fighting for Britain to play a positive role in Europe. Millions of us voted for it. We cannot let that hope die.”

Tim has been gathering widespread support following his impassioned speeches at the huge March for Europe in London earlier this month.  Over 17,000 people have joined the Lib Dems since the referendum. Click here to join them and stand with us as we stand for the 48%.