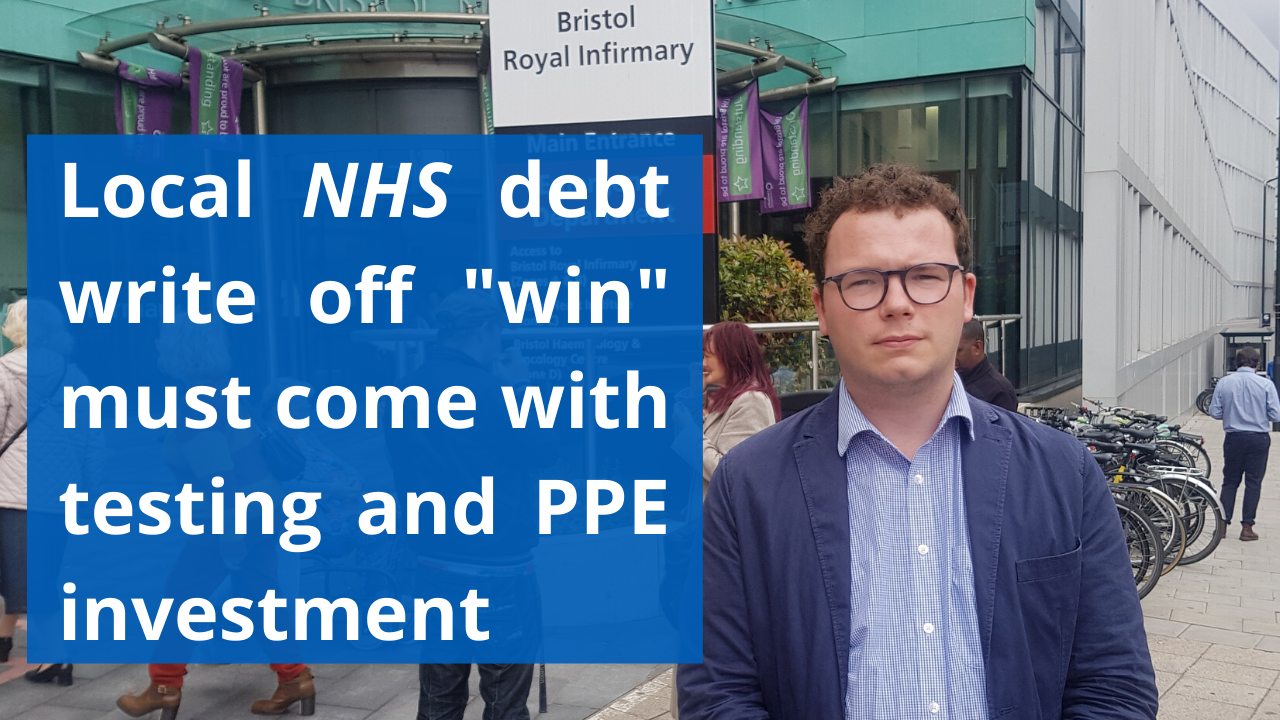 Bristol West Liberal Democrats have claimed a campaign victory as the Government announces it will write off debt at University Hospitals Bristol NHS Foundation Trust and have called for investment in Covid-19 testing and PPE for NHS staff at Bristol Royal Infirmary following an increase in deaths.

The Government's announcement of a £13bn debt write off comes after former Liberal Democrat leader, Tim Farron, revealed last year through a freedom of information request that £607,404,854 worth of interest on outstanding debt was paid by NHS Trusts to the Department for Health and Social Care in the previous five years.

The figures revealed that University Hospitals Bristol NHS Foundation Trust had paid over £12.5 million in debt interest since 2014, which James Cox called at the time "frankly heartless".

"This is very good news and a fantastic local win for our NHS, but it should not take an international pandemic and a national crisis to make this happen.

"University Hospitals Bristol NHS Foundation Trust was laboured not only with these debts but also with huge interest rates which robbed our hospital of millions of pounds every year.

"The Liberal Democrats have long been pushing for the Government to axe these heartless interest rates and spend the money on improving frontline services.

"Official figures have shown that tragically 14 people have died of Covid-19 at sites managed by the Trust. We must now ensure funding is urgently directed towards the rollout of proper PPE and testing for NHS and social care staff."