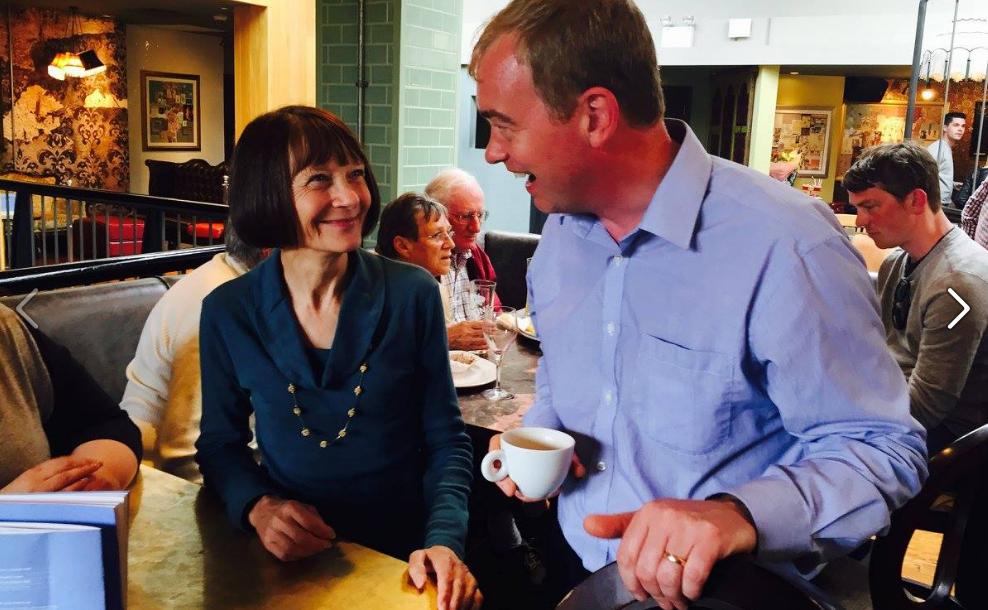 At a packed event at the Pitcher and Piano on Cannons Road on Sunday(13th September), Lib Dem Leader Tim Farron MP, councillors and party members welcomed Dr Kay Barnard as their candidate for the mayoral election taking place in May next year.

Kay was born and raised in the city.  She has lived and worked here for most of her life.  With a Ph.D. in bio-chemistry, her early career focused on scientific research. After a research posting with the prestigious Massachusetts Institute of Technology in the USA, she came back to Bristol and the West Country to focus on her passion for helping people in the region. She recently contributed to a report for the African Union on how to make farming and food production more resilient to climate change.

Kay said: “It is such an honour to be selected in my home city.  I can’t wait to work with the people of Bristol to make our great city even greater and to tackle some of the problems we face right now.    These include transport around and across the city and quality jobs for young people.  Despite being the European Green Capital this year the city still suffers from traffic congestion and poor public transport. Housing is expensive. There have to be imaginative alternatives. Getting people on‐side will be the key.”

“The problems residents were facing in 2012 have not been solved with the introduction of the mayoral system. It is only by voting for your hard-working Lib Dem councillors and for a Lib Dem mayor that we can deliver real solutions together that can make a real and lasting difference to the lives of everyone in the city.  I am proud that local Lib Dem councillors have fought to give our residents the same rights as every other city with a mayor.  If elected, I will work with the councillors to deliver a referendum on whether or not we keep the mayoral system in place, if it is clear that that is what people in Bristol want.

“I am delighted to be part of our Lib Dem team who are fighting for positive change for Bristol and I’m looking forward to the campaign ahead.”

Leader of the Liberal Democrats Tim Farron MP, added: “Kay is an energetic, enthusiastic and tireless campaigner who wants to make a difference and give local residents in Bristol a voice at City Hall. She knows and understands the needs of the people who live here. Not only will she stand up for all communities and people from all backgrounds, she will also get the best deal from government too.”