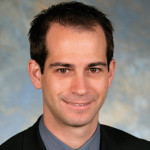 Councillor Tim Kent (above; Lib Dem; Whitchurch Park) has submitted a motion on behalf of Liberal Democrat councillors calling on urgent action by the Mayor to tackle a potential crisis that could hit Bristol in less than 2 years.

The Council’s most current plan projects there will only be 34 spare places across the whole city in 2017, just 1.5 places per secondary school. But only last year the Council had been predicting 100 more spare places. By 2020 the Council is saying that it will need 18 additional entry classes and 35 additional classes by 2023, that is the equivalent of 5 new secondary schools in the city. Some councillors are concerned that the demand for secondary places could have been underestimated and the Council may fail to meet its legal duty of a school place for every child.

Cllr Tim Kent said: “We must ensure the authority acts quickly to deal with this massive increase in demand in secondary school places. We have known it has been coming for several years but like many councillors I am concerned that not enough has been done to secure funding for definite plans to meet demand.

“As a parent whose daughter will be transferring to secondary school in 2020 I want to be certain that there will be a school place for her in our local secondary school, just as every other parent will want that year.”

“We have also seen the evidence around demand demonstrate that is likely that we will face a shortage in 2017, something the Mayor’s current plan does not seem to be addressing urgently enough. I hope that in the debate the Mayor can bring forward concrete proposals, with a timetable and a plan on how it is to be funded.”

Secondary school places have become more complicated to deal with given the rise of academies, meaning that the Government are now directly in charge of schools individual admission numbers and providing the financial support to expand schools. This additional layer in decision making means that the Council needs to act now to ensure every child will have a school place in 2017.

Current school admissions show that in 2017 4,363 children will leave Bristol’s Primary schools but at the moment only 3,954 places are available. The Council is hoping enough will choose to go to schools not in Bristol to make up the shortfall. But over the last 12 years the number of children doing this has halved.

In 2014 the School Organisation Strategy predicted that Bristol would have 131 spare places in 2017. The Mayor’s latest strategy, to be adopted over the next few months, has revised this down to 34 places. Despite this there are no clear plans within the Mayor’s strategy to meet additional demand in 2017. Parts of the city in 2017 could be up to 100 places short seeing pupils having to take 1-2 hour bus journeys just to reach their schools.