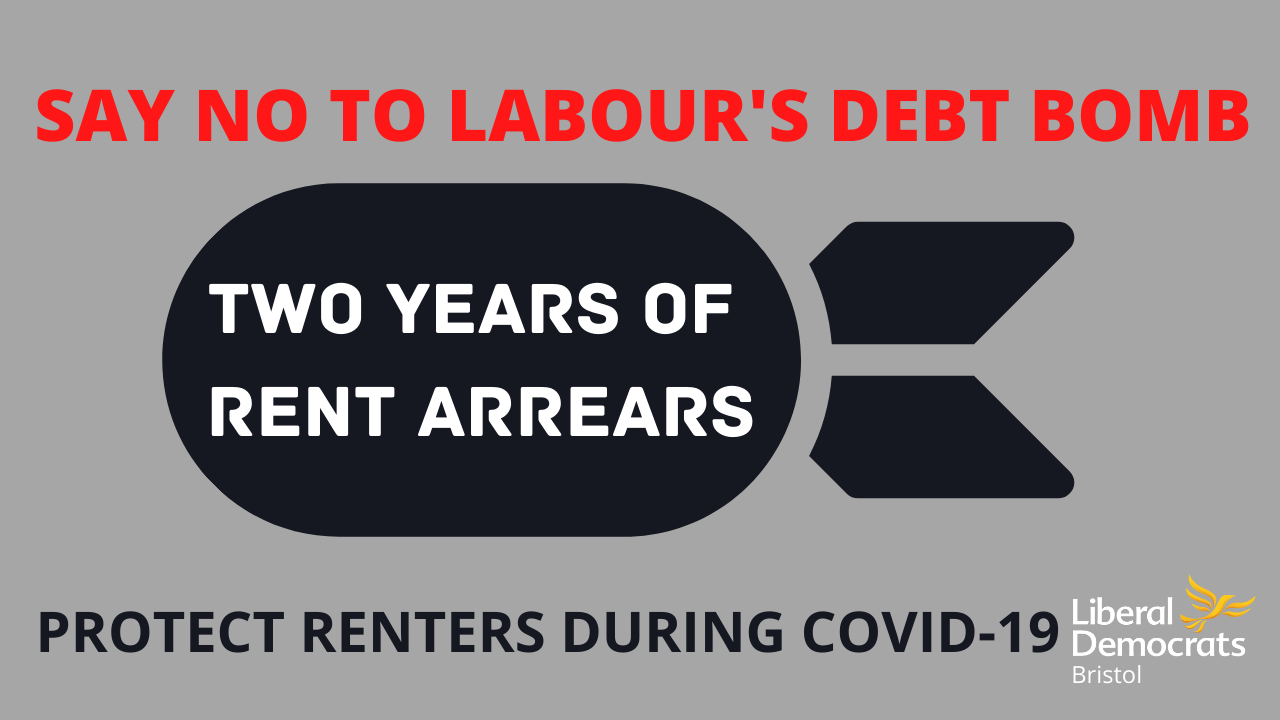 Labour's proposed policy of deferring rent payments has been criticised for unfairly punishing renters and creating new debt.
Bristol West MP Thangam Debbonaire today announced her first policy as Shadow Housing Secretary to lobby the government to implement a system whereby tenants who fall into rent arrears during the COVID-19 crisis will have to pay back the debt in full on top of their monthly rent payments.
Ms Debbonaire's comments that the arrears will be "small" has attracted much criticism from renters as "out of touch" with the economic situation currently being faced by renters.  The plan has been widely criticised on social media including by Labour members and housing rights group ACORN Bristol.
Bristol has one of the UK's largest rental markets with 58,000 households (29%) in private rented accommodation and 36,000 households (18%) in social rented housing.
Liberal Democrat Spokesperson for Bristol West James Cox said:
"What both Labour's proposals and the Conservative's policy on renters have in common is a complete lack of awareness of just how bad the economic picture is and how much worse it is likely to get.
"Labour's proposals are nothing short of a debt bomb for Bristol renters. This policy would put thousands of renters into arrears add to the financial uncertainty being faced.  Sadly Ms Debbonaire seems more concerned with protecting landlords during this crisis than tenants in our city.
"Homeowners have rightly been given the option of a mortgage holiday during this crisis. It is vital that rather than pushing renters into further arrears that we encourage the government to offer more comprehensive support to those privately renting, including expanding housing benefit or implementing a rent holiday for the duration of this crisis."