James: Why I Marched For a Final Say 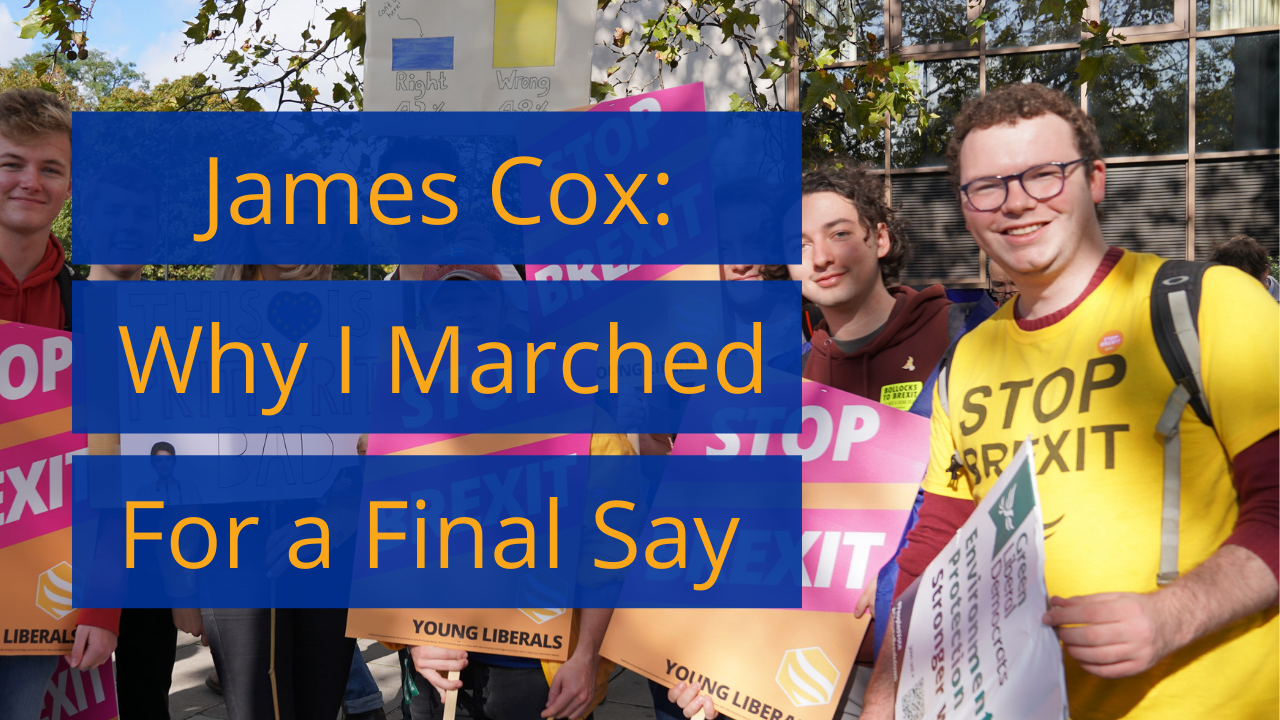 This Saturday, I joined an estimated 1.5 million people in London marching for the people to have the final say on Brexit. It’s been a long journey since June 2016, when Tim Farron made the radical decision that our policy would be to put whatever deal the government cobbled together back to the people for approval – and given the choice to leave on these terms or to remain in the European Union.

At the time, the Labour and the Tories dismissed it. Labour backed a hard Brexit – outside of the Single Market and Customs Union – and stood in 2017 on a platform to deliver their Brexit and end free movement. Bristol West’s Labour MP consistently criticised and rejected the idea of a People’s Vote. But we Liberal Democrats have been clear from the start – Brexit is a disaster and we will do whatever we can to stop it.

I marched on Saturday for many reasons. The biggest this time was to remind MPs in Parliament not only of the strength of feeling in their constituencies but also of the damage that Johnson’s deal would do. I make no deception of what I believe about Brexit. I believe we are strongest in the European Union and any Brexit deal would be worse than the one we have now as members. However, back in 2016 I never dreamed that the deal we would end up with would be so terribly bad:

The virtual annexation of Northern Ireland, an end to a customs union, no free access to the single market, the gleeful – actually, smug – revocation of free movement.

One of the key reasons I support our continued membership of the European Union, and why I believe our position holds legitimacy, is because of the wishes of young people in this country. Young people voted overwhelmingly to remain in the EU. This generation, my generation, is being forced into a future against our expressed wishes. This is unprecedented in a modern democracy. It is also, ultimately, why I believe Brexit was doomed from day one.

Democracy doesn’t exist solely in a moment, but instead it grows and evolves with the will of the people. I will be supporting all efforts to ensure we have a People’s Vote and to Stop Brexit. Bristol is a European city; I am a European. My generation’s future remains in the balance and I and millions more will not let it be stolen.

I will do whatever it takes to Stop Brexit.