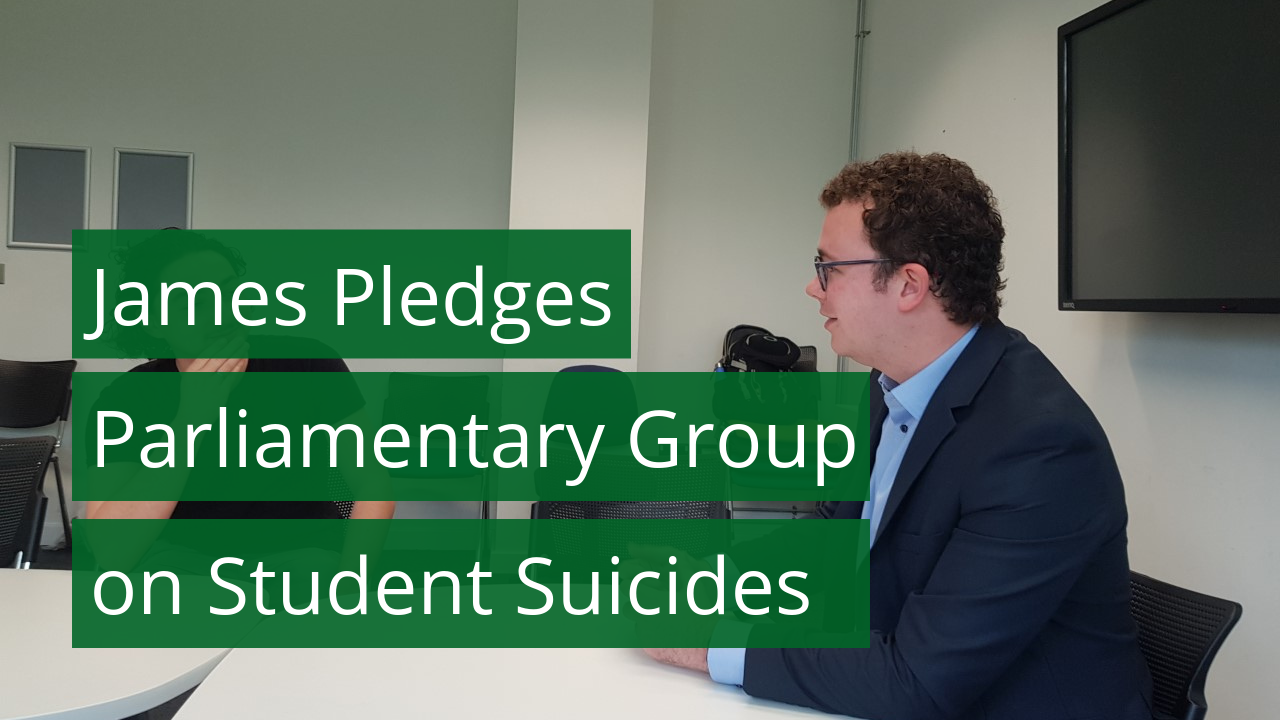 As part of World Mental Health Day (October 10th), Liberal Democrat MP candidate for Bristol West James Cox has pledged to form an All-Party Parliamentary Group (APPG) on Student Suicides to build an evidence-based approach to the increase in deaths by suicide at Universities across the country.

If elected, James has promised to form the group in order to devote more parliamentary time, research and expertise into the topic which has dominated headlines in Bristol over recent years.

An all-party parliamentary group (APPG) is a formal grouping of members of the House of Commons and House of Lords who meet to discuss a specific issue or topic. Whilst they have no formal place in the legislature, they are often used as an effective tool to bring together interested parliamentarians, experts in the area and interested parties such as third sector workers and public bodies.

In the 18 months between October of 2016 and April of 2018, 11 Bristol University students died by suspected suicide. In the year-and-a-half since, that number has risen to at least 13.

In the 12 months to July 2017, figures from the ONS revealed that 95 students had taken their own lives, which equates to 4.7 suicides per 100,000 students. However, it also showed that suicide rates among university students in England and Wales had gone up over the last decade. Also, it highlighted that young male students are significantly more likely to die by suicide than female students – which follows national trends in the wider population.

The ONS only produces estimates of suicide rates amongst higher education students, an issue James has said will be at the top of the agenda for the proposed APPG.

James, who is the founder and director of suicide prevention group Zero Suicide Bristol, today met with students at the University of Bristol to discuss student suicides, mental health services and what can be done differently to help end student suicides.

"World Mental Health Day gives us an opportunity to talk about mental health and to address some of the difficult issues that it can sometimes be easier to ignore. Suicides, particularly amongst students and young people are incredibly emotive subjects, but if we don’t talk about them we will never be able to find a solution.

"Universities across the country are trying to deal with an increase in student suicides. At the University of Bristol, where we had 11 confirmed deaths by suicide in just 18 months, students and staff have been working with the university to come up with answers. What we need, however, for all universities, is an evidence-based response and a pledge to get suicides at our universities to zero as soon as possible.

"To back up that pledge, parliament needs to be working with universities to build a new strategy for student suicides.

"I want to form a parliamentary group devoted to researching the causes of student suicides and bringing in experts and mental health professionals from across the world who have been working to bring down suicide rates. I want us to find out what works, what doesn’t and why, and collaborate with universities so we can get the very best suicide prevention strategy for students."