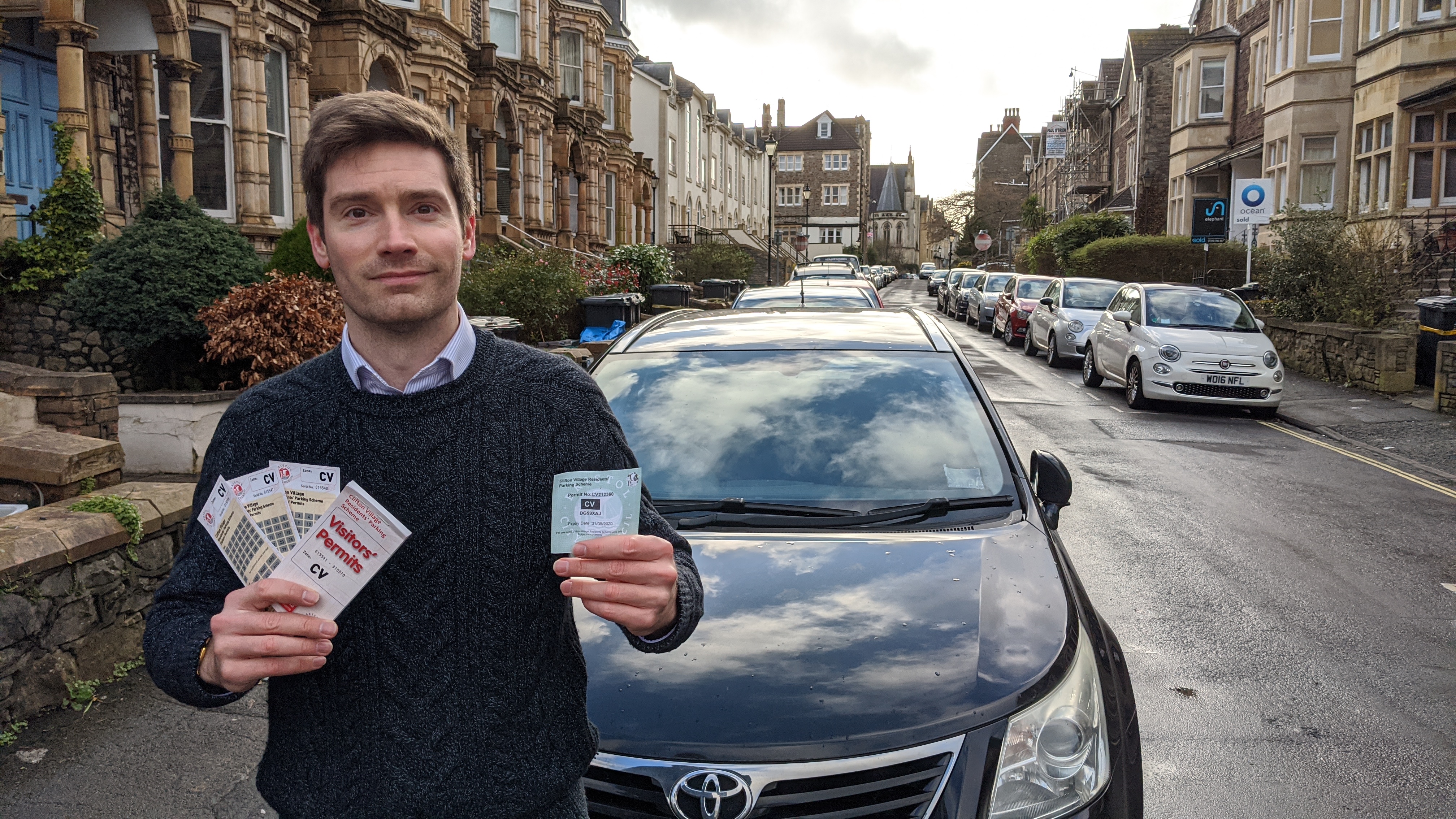 Having previously questioned the cabinet member responsible, Nicholas Coombes has now made a statement to the Full Council about the situation. You can read the full statement below:

The transfer to digital parking permits has been handled poorly by this council, with minimal communication to residents and service users. This has resulted in distress and penalties to permitholders, and harmed the reputation of the council.

Permit holders are used to an annual renewal reminder, and have come to expect this from the council. The decision not to issue reminders this year, during the transition to digital permits, is inexplicable. I am disappointed that the Labour cabinet member responsible chose not to justify or
alter this position when I challenged them on it.

I have heard from many residents across Clifton who were fined on the expiry of their permit. These people have dutifully paid to park outside their homes for many years and would have renewed if prompted to do so. Sending a letter or email to lapsing permit holders is basic customer service and would aid steady revenue to the council. The Road Traffic Regulation Act 1984 requires residents’ parking schemes to be revenue neutral, so permit holders expect a level of service as funded by their fees.

Failure to notify may have delayed renewals, resulting in a revenue loss to the council. This is balanced by the many fines issued to those caught with a lapsed permit. This results in an unfair lottery of penalisation for some, and an undeserved windfall for others. Clifton residents do not want this; they are content to pay a fair contribution, and be treated fairly by the council in return.

I ask again for the cabinet to recommence parking permit renewal reminders, and to reimburse those unreasonably penalised.