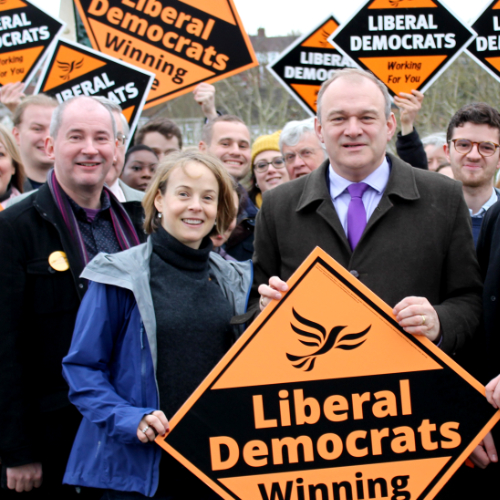 As part of the Scrap The Mayor campaign, Liberal Democrat members have selected medical science and pharmaceutical consultant Dr. Caroline Gooch to be their candidate for Bristol Mayor.

Caroline trained as a research scientist and now works as a consultant in the pharmaceutical industry and has worked in medical affairs, medical information, and medicines access. She is passionate about ethical business practices, working in partnership with the NHS to achieve access to medicines for patients, and about having full, open and frank conversations with doctors about medicines.

The new mayoral candidate Caroline Gooch said,
“I’m very pleased to take on the Liberal Democrat candidacy for Bristol Mayor. Abolishing the ‘spare mayor’ would be a huge step forward for democracy.  The role is not needed now that we have the WECA Metro Mayor, and the Bristol Mayor’s only role appears to be to exert his own wishes above those of our councillors. The role carries too much power and renders the views of hardworking councillors, representing their constituents across the city, totally mute. The profligacy of the office of mayor is costing Bristol council tax payers far too much money - money which is desperately needed elsewhere.”

Lib Dem Council Group leader, and long-time resident of Bristol, Gary Hopkins welcomed the news of Caroline’s selection,
“Caroline’s spirit of openness, integrity,  and working in partnership with others will be a boon to our campaign to Scrap The Mayor. Caroline is also passionate about tackling the housing crisis with more council house building, and supports reform of our medieval feudal leasehold laws."

Stephen Williams, former Liberal Democrat MP for Bristol West and current WECA mayoral candidate said,
“I’ve worked with Caroline for a few years and know Caroline is committed to holding a public vote on abolishing the Mayoral system. Her platform covers essential and pressing issues, including green energy and transport, integration of health and social care, and an education system that works for all.”