The cladding and EWS1 scandal has impacted many people across Bristol. The local Liberal Democrats, led by Cllr Alex Hartley, have been working hard locally to improve the situation of Bristol leaseholders. Unfortunately, action at the local level is difficult, and the only people who can truly help leaseholders is central government. Although they have repeatedly said that leaseholders should not have to pay for the cost of remedial action, their actions have been different, repeatedly voting against cross-party bills designed to protect leaseholders.

In order to make your voices heard on this issue, Cllr Alex Hartley will be attending the #LeaseholdersTogether rally in London on Sep 16th, and he would like to invite you to join him. This rally is being jointly run by the EndOurCladdingScandal campaign, the National Leasehold Campaign and Leasehold Knowledge Partnership. The purpose of the rally is to show the government that enough is enough, and leaseholders need their help now! 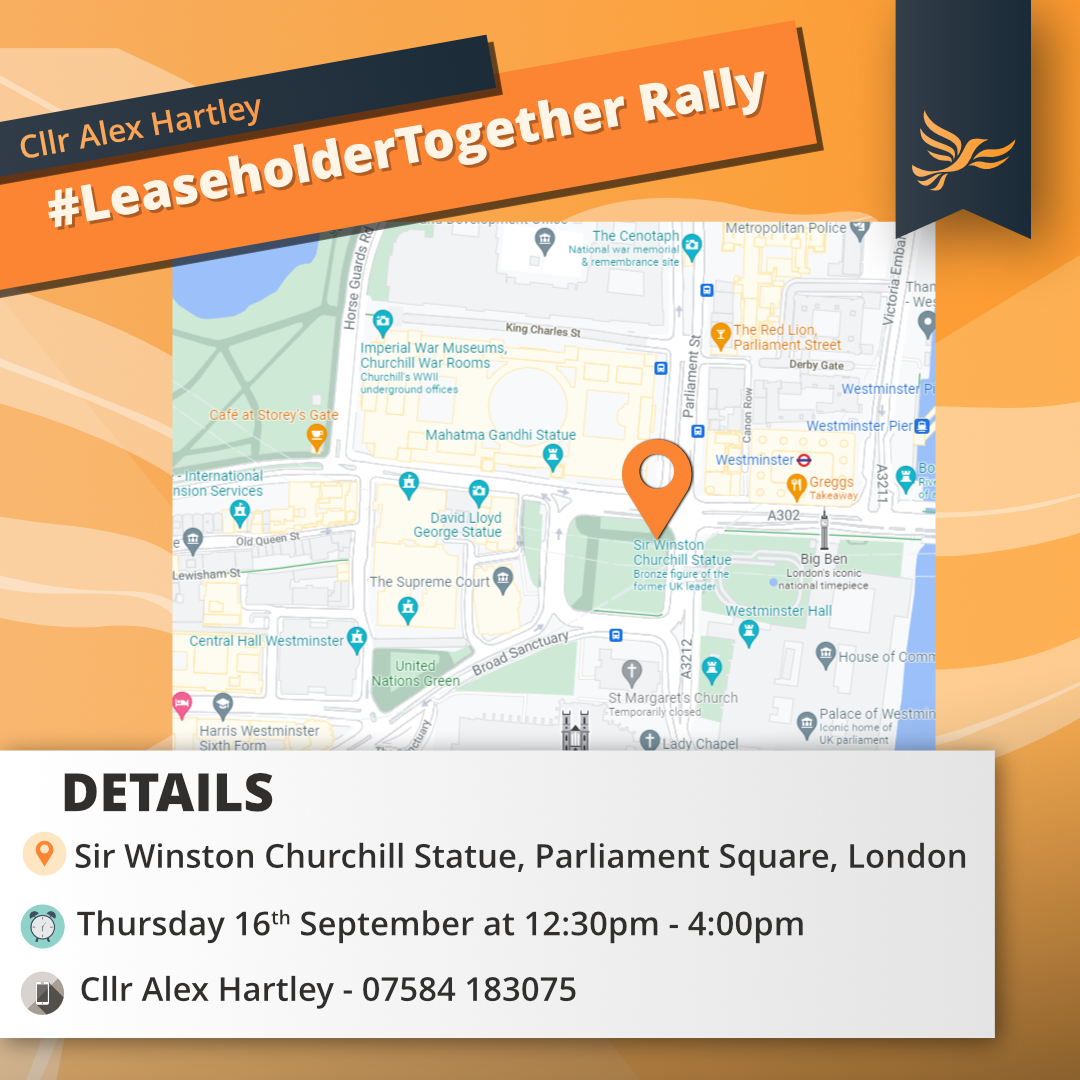 We will be meeting at 12:30pm at the statue of Sir Winston Churchill at Parliament Square on Thursday 16th September.