I am a born and bred Brislington boy and I am currently one of your two councillors and I have been representing your views and fighting for Brislington since I was elected. After leaving the Royal Navy, I have worked continuously in the community, firstly in youth services, then as a school governor, now as your councillor. You may have noticed that I have left the Conservative party. I did that because they weren’t willing to support me or my work for you in Brislington.

For a while I worked for you as an Independent but I found that the Lib Dems wholeheartedly want to fight for a better Brislington. I know that they want to hold the mayor to account, scrap his costly office, saving millions that we can better invest in communities like St Anne’s, Brislington and Broomhill. Through the By-election these were the things that you told us that you cared about too.

So I am asking you to vote for me and the Lib Dems to send the mayor a message. We need to tell him and the Labour party that they can’t continue to ignore Brislington and you. 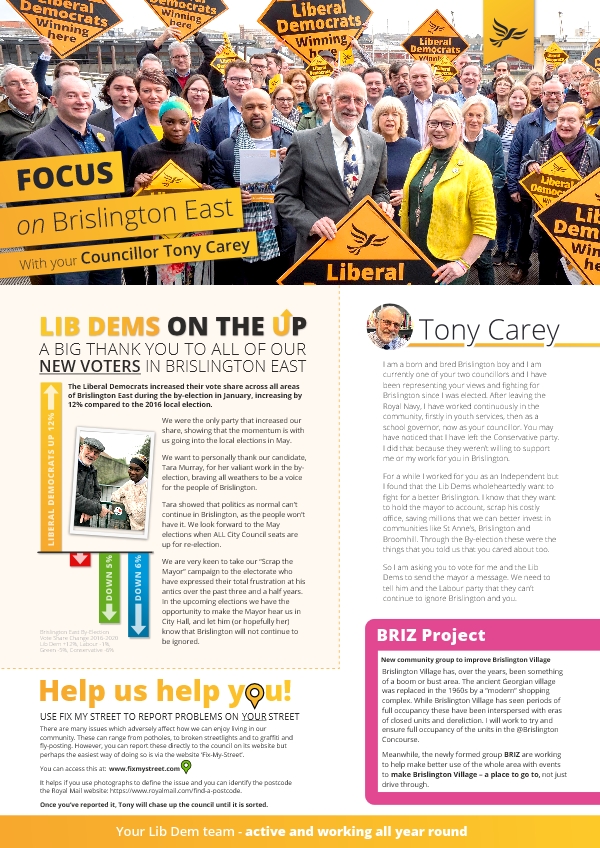